He was a Greek-American painter. He is regarded as a pioneer of abstract art in the US. Jean was born in Isaris, Arcadia and migrated to Pittsburgh, USA in 1904.

In 1935 and in 1937, two exhibitions featuring works of his were held in New York. The American abstract painters regarded him as a renowned Parisian artist. He was assigned to paint an abstract mural at the chapel of New York’s penitentiary on Rikers Island. He started working at the Guggenheim Museum from 1939 until his death in 1967. Works of the next decades are compared to Kandinsky’s works.

In the summer of 1966, the Ministry of Education and the Guggenheim Museum held an exhibition of his works at the Zappeion, where two of his paintings were bought by the Greek National Gallery. The Greek state honored him with the highest decoration for his contribution to art. 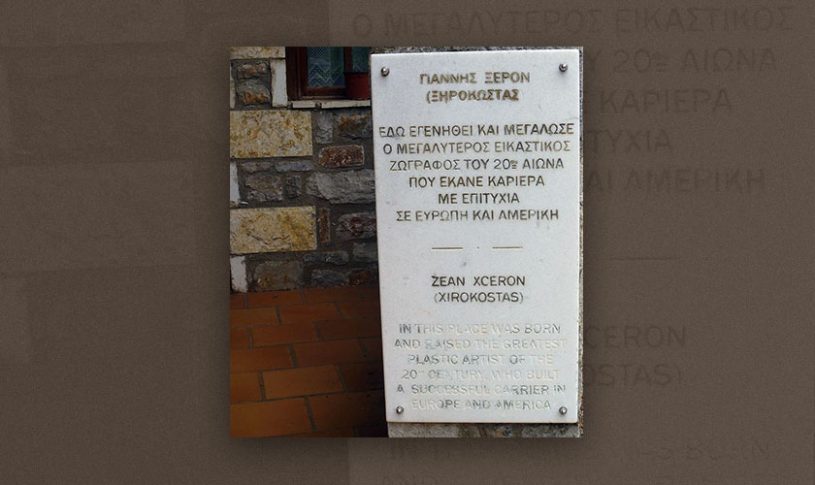 The sign at Jean Xceron’s house entrance at Isaris, Arcadia