He was born in Athens on February 18, 1896. His father came from Melissopetra, Arcadia.

He was a significant composer and pianist, as well as one of the top conductors of the 20th century.

He spent most of his life in the USA. In 1936, he came to the US in order to conduct the Boston Symphony Orchestra at the invitation of its music director, Serge Koussevitzky. In 1938, he became the principal conductor of the Minneapolis Symphony Orchestra and turned it into one of the top orchestras of the US. He resigned in 1949. Then, he was hired by the New York Philharmonic, where he remained until 1957 as a co-conductor at first and later on as its music director.

From 1950 onwards, he divided his time between Europe and America. In the summer of 1955, he set out on a great European tour with the New York Philharmonic. Athens was one of the cities of the tour. The concert of the orchestra at the Odeon of Herodes Atticus made history. The always hard to please European critics saluted Mitropoulos for being a great conductor and characterized the New York Philharmonic as the top American symphonic orchestra that combines the technical perfection of an African orchestra with the musicality of genuine European tradition.

The welcoming remark of the President of the New York Philharmonic, Stephen Stamas

The New York Philharmonic has the pleasure of welcoming the Hellenic Foundation for Culture to New York. We are extremely pleased that the life and work of one of the great music directors of the New York Philharmonic, Dimitri Mitropoulos, is recognized and honored through this exhibition, as he didn’t just elevate the cultural life of the US and Greece, but also brought the worlds of New York and Athens closer.

The opening of the Hellenic Foundation for Culture branch in New York aims at recognizing the great contribution of Greek culture in New York life and people like Dimitri Mitropoulos that played such an important role in this contribution.

* A commemorative metal 2 Euro coin celebrating 120 years from the birth of Dimitri Mitropoulos was minted in 2016, in accordance with a Presidential Decree published in the Greek Government Gazette. 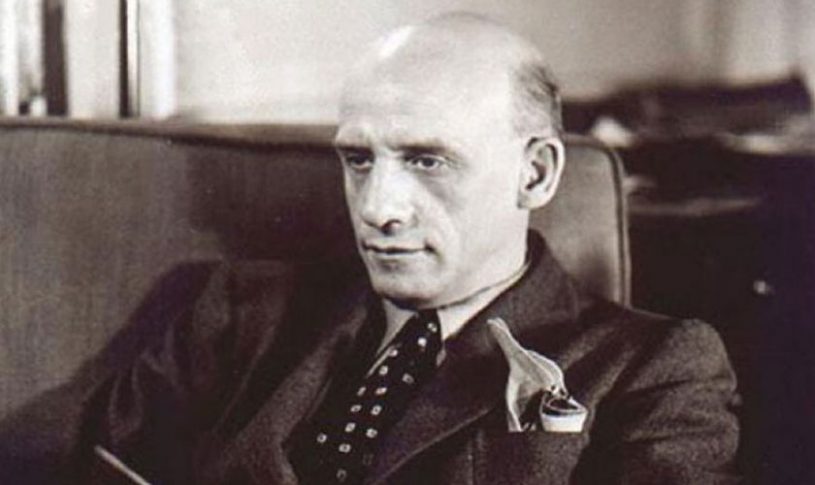 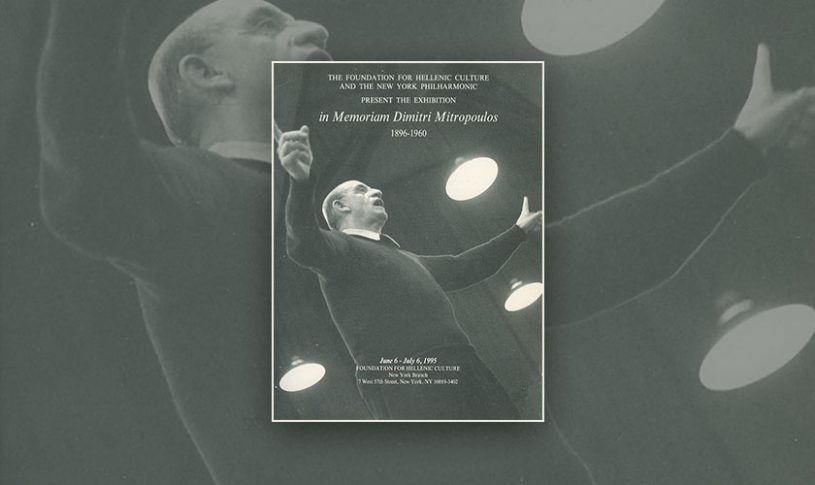 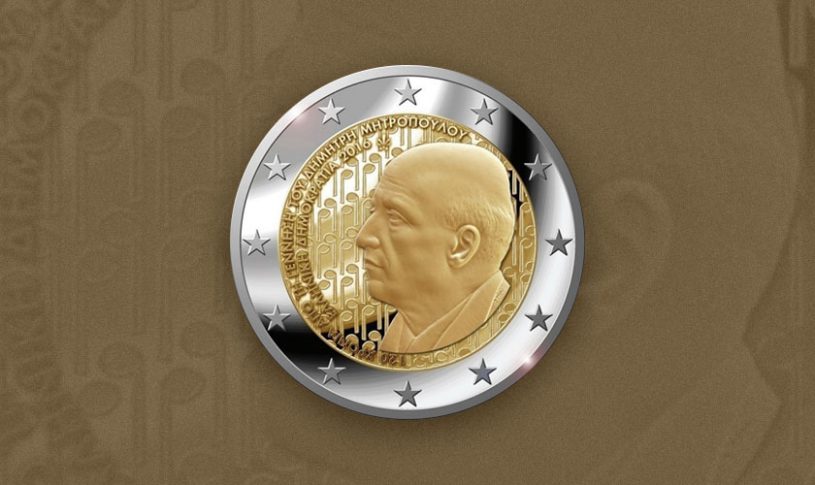