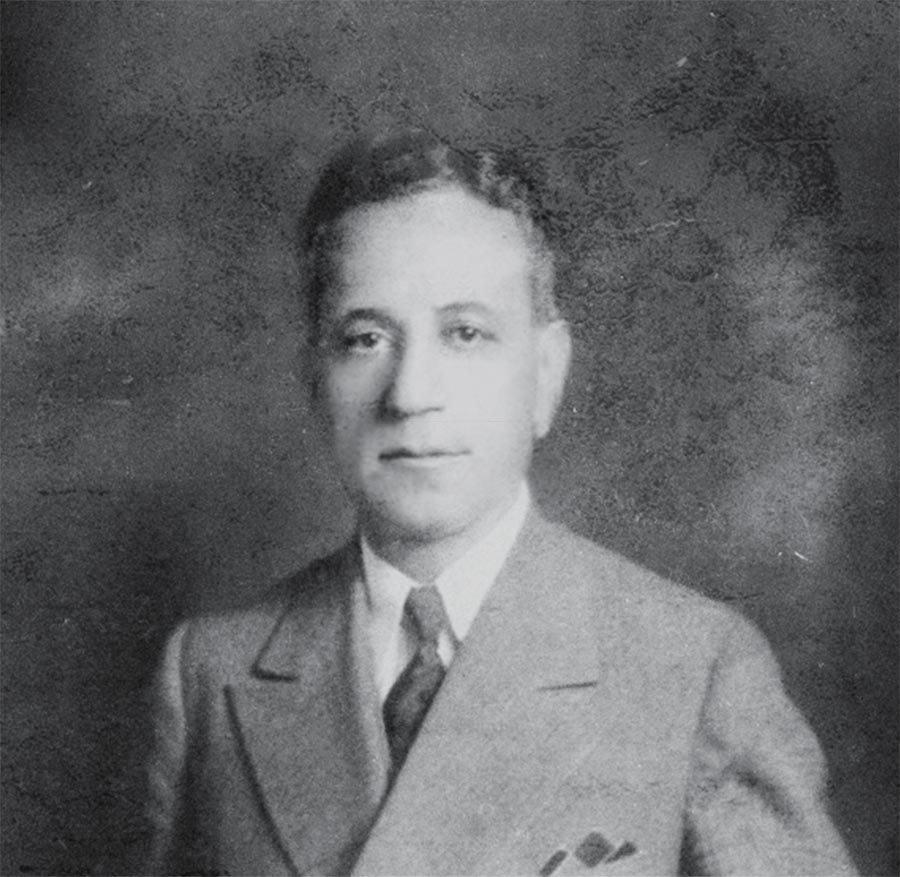 His grandfather served as mayor of Tropea (Arcadia) for 32 years. 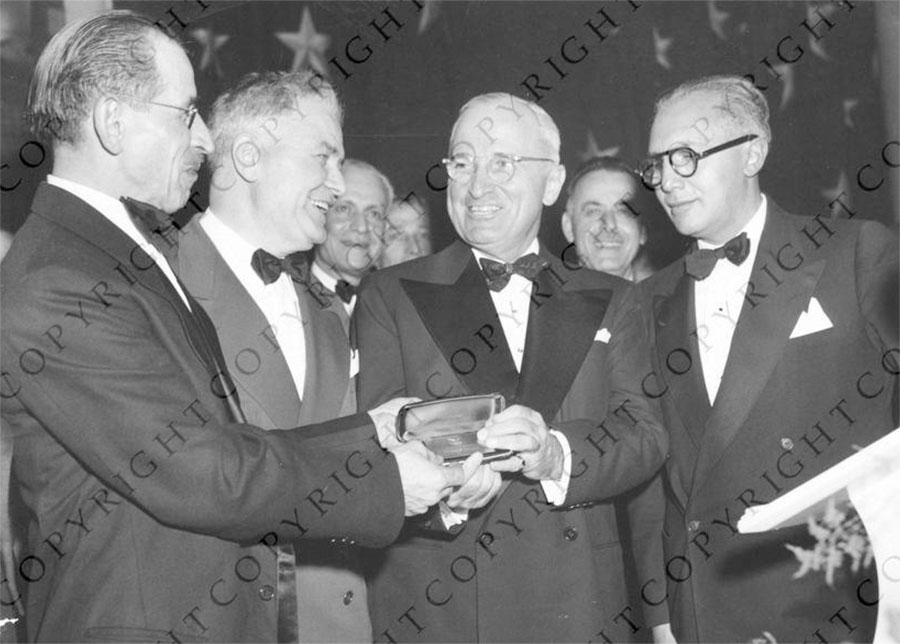 HISTORY OF THE HOSPITAL 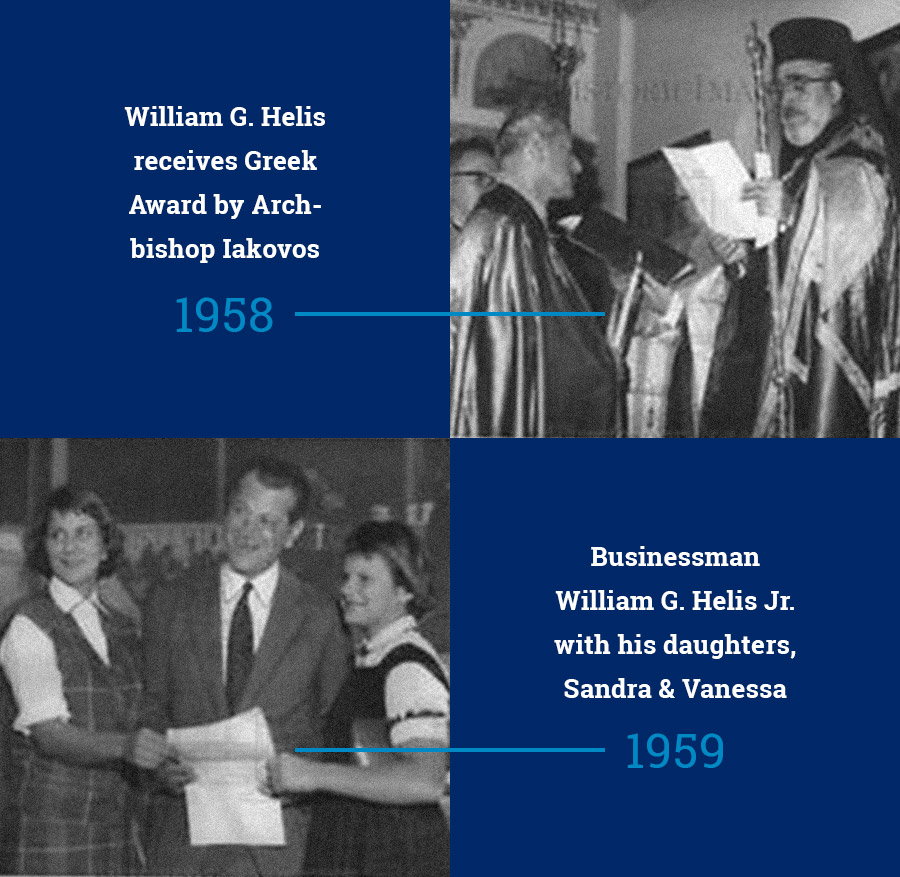 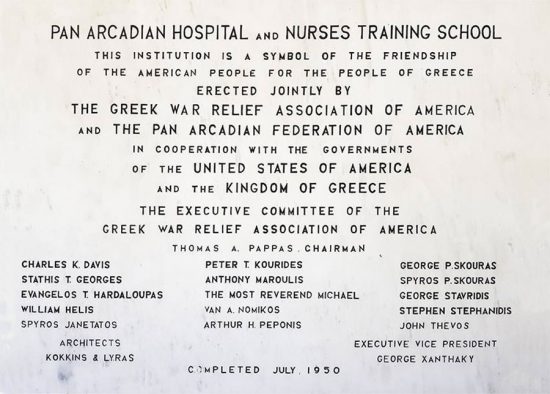 History is written with names.
1950 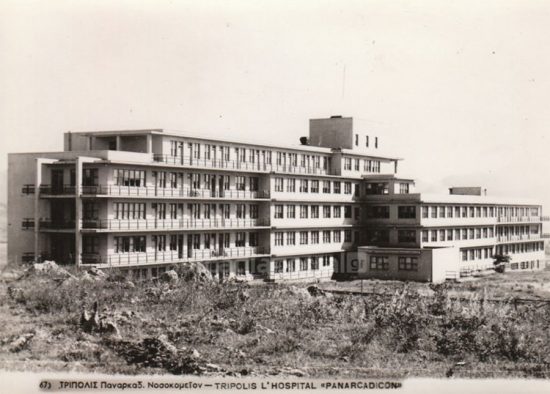 The Pan Arcadian Hospital of Tripoli during its erection.
1950 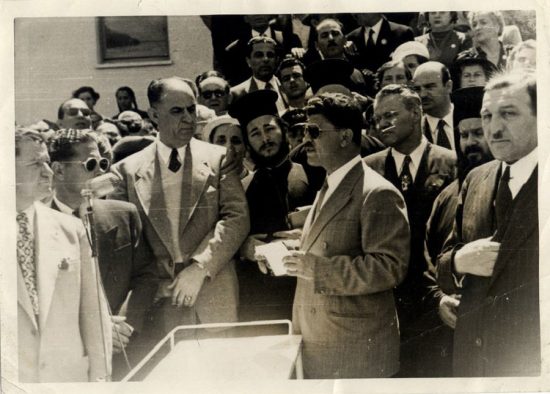 Inauguration of the Pan-Arcadian Hospital of Tripoli. Dr. James Kallins, MD, then a student of the Medical School of the University of Athens and President of the Student Association of Arcadians (in 1957 he immigrated permanently to the United States)
1951 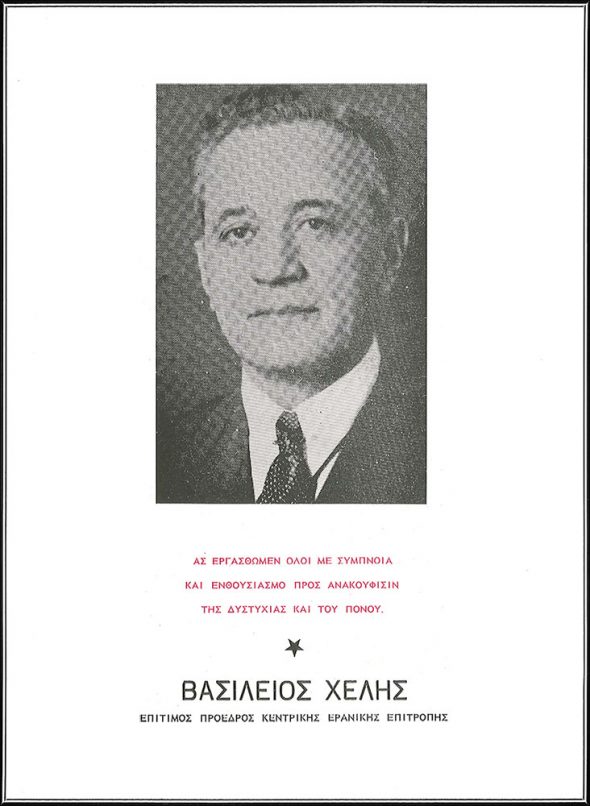 Let's all work with solidarity and passion to alleviate misery and pain.

And when the erection of the Hospital in Tripoli is finished, the mouths of the ailing will mention with gratitude and affection the names of the pioneers and the contributors in general to this beautiful and humanitarian idea. (Demetrios Sofianos - Consul General of Greece in San Francisco) 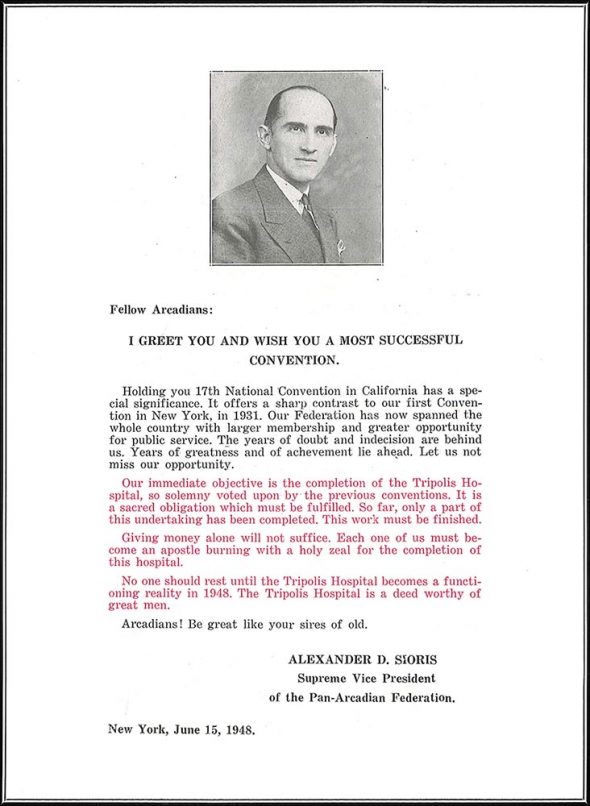 Our immediate objective is the completion of the Tripolis Hospital, so solemnly voted upon by the previous conventions. It is a sacred obligation which must be fulfilled. So far, only a part of this undertaking has been completed. This work must be finished. Giving money alone will not suffice. Each one of us must become an apostle burning with a holy zeal for the completion of this hospital. No one should rest until the Tripolis Hospital becomes a functioning reality in 1948. The Tripolis Hospital is a deed worthy of great men. (Alexander D. Sioris - Supreme Vice President of the Pan Arcadian Federation of America) It is with great pride that I announce that the Pan-Arcadian Hospital has been under construction since April 19, 1948. We must continue to raise funds until we have met our share of the cost of construction. (Peter N. Chumbris - Supreme President of the Pan Arcadian Federation of America) The Pan Arcadian Hospital of Tripoli is already on the way of completion and soon this meritorious and beneficent Hospital of the Arcadians of America will be completed. We will send you the details soon. We are obliged to intensify our efforts and collect the rest of the money needed for the fruition of this project, and for this cause all Arcadians are obliged to try their best to support the Fundraiser. And with great joy we see that the future is shining bright and full of hope for the continuation and accomplishment of this great work. Lets all together with love and solidarity shout with one voice: GO ARCADIANS OF AMERICA. (Elias Christopoulos - Chairman of the Central Fundraising Committee) Today the Pan Arcadian Federation is the most powerful local organization of Greeks Abroad. It first set the example to other unions of organizing to federations. And it first and alone made the decision to establish in Tripoli the, already being erected, Hospital, whose cost will exceed 2.400.000 $. Therefore Arcadians have the right to be proud about the until now brilliant action of their Organization, and in the future, look forward to its continuation with optimism. (Constantine Nicolopoulos - Regional Governor and founding member of the Pan Arcadian Federation of America) 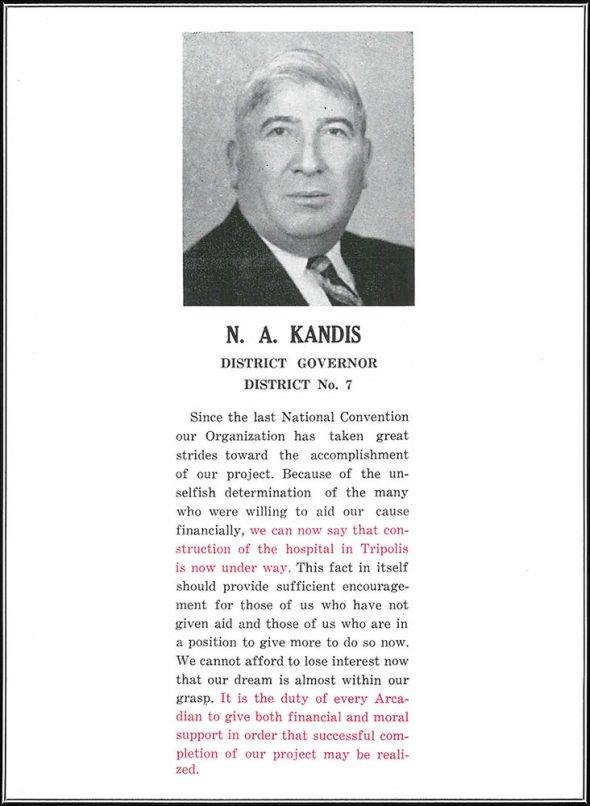 We can now say that construction of the hospital in Tripolis is now under way. It is the duty of every Arcadian to give both financial and moral support in order that successful completion of our project may be realized. (N. A. Kandis - District Governor)