Giorgos Christopheles was a Greek-American politician, who was born at Agios Petros, Kynouria. He was the 34th Mayor of San Francisco.

His father had migrated to the United States in 1895 but came back to his village to get married. His family moved back to the US in 1910.

In 1930, after becoming a US citizen, he changed his surname from Christopheles to Christopher. G. Christopheles at an election speech in San Francisco 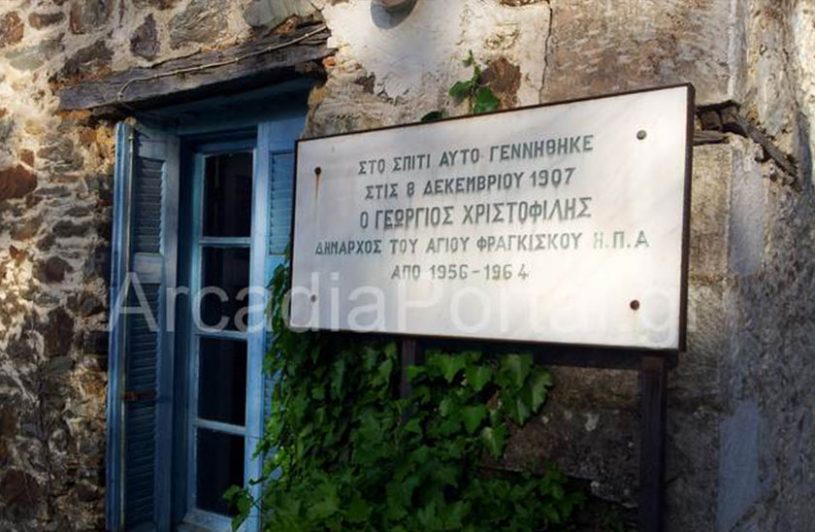 Outside of his house in Agios Petros, Kynouria there is a sign that reads “Giorgos Christopheles was born in this house on December 8, 1907.  Mayor of San Francisco, USA from 1956 to 1964”