Arcadia, one of the seven prefectures of the Peloponnese. Apart from the historical capital of the Prefecture, Tripoli, a major commercial and transport center of the Peloponnese and a lively city with modern buildings, neoclassical buildings, traditional houses and big squares, we also find beautiful mountain villages. A destination that every naturalist has to explore. Here, incredible alternations and contrasts of landscapes create images taken from fairy tales.

Arcadia is an historic land full of legends, with traditions, struggles but also artistic pursuits of its inhabitants. It has a strong and continuous presence from the Ancient to the Byzantine and Modern times.

Montane Arcadia offers rich natural beauty and a beautiful natural environment that satisfies anyone visiting its picturesque villages. That’s why it’s also one of the most popular winter destinations. 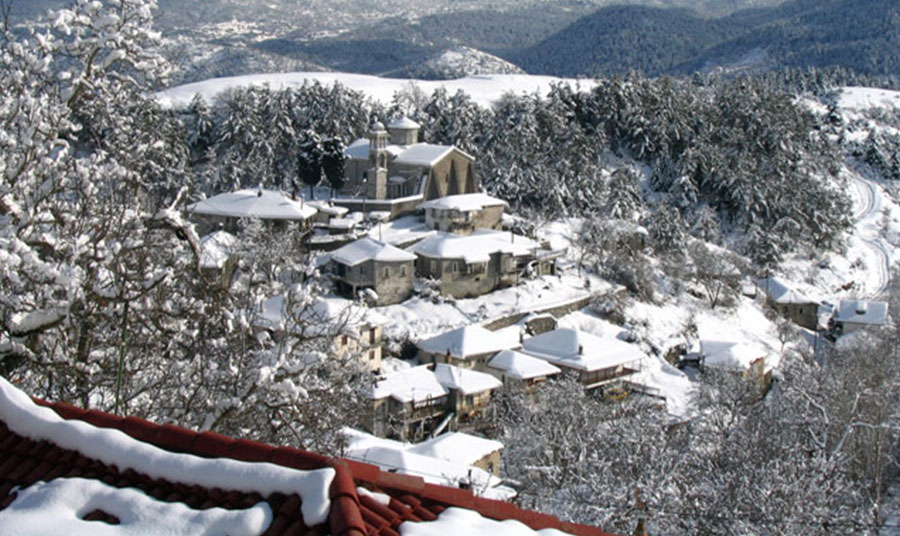 In the northwest lies Mainalo with its well-known traditional villages, such as Vytina, Lagadia, Dimitsana, Stemnitsa, Karytaina, Levidi, Vlacherna, Magouliana, Alonistena and Valtesiniko.The attraction for the whole area is the lovely fir forest of Mainalo and the renovated ski resort that meets all the requirements for ideal winter getaways. 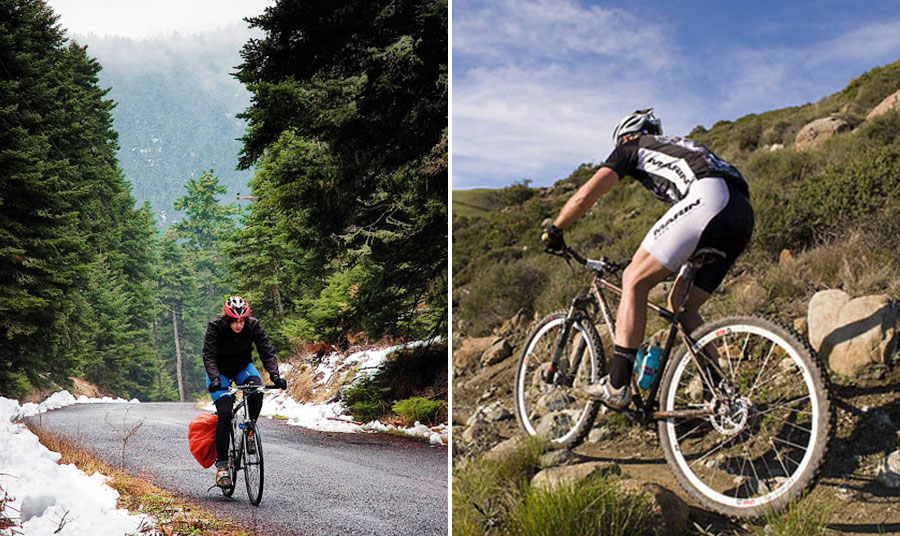 The Lousios River attracts the interest of visitors, crossing an impressive 15 km long gorge which is about 2 km wide. The most daring can go rafting in the river Lousios, and, in recent years, hiking on the trails of Lousios Gorge is becoming popular. 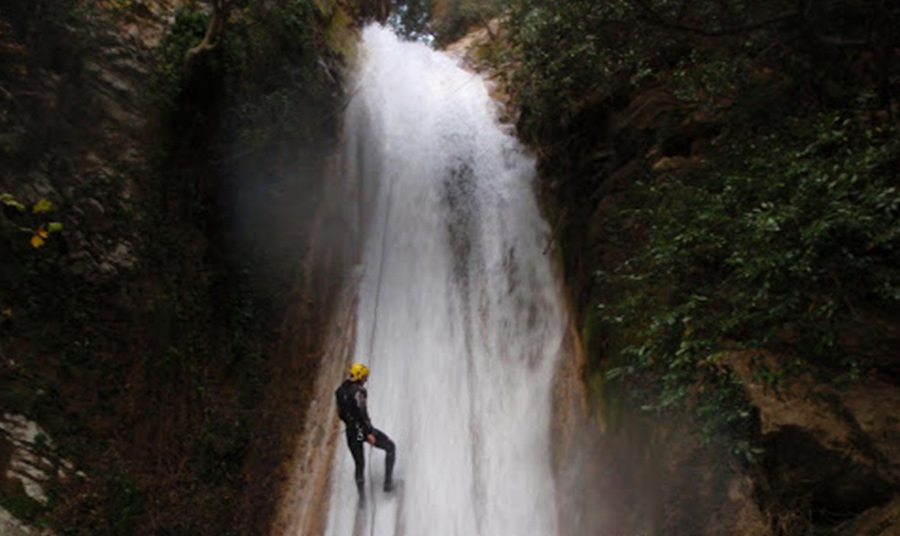 The ravine of Lousios River is a place of unparalleled beauty. A lush vegetation covers its steep slopes, while the river itself flows with its sparkling waters through spectacular passages to unite with Alfios near Karytaina. A Mythical River, since Zeus was blessed here – hence the name that comes from the verb “louzo” – but also a river that gave life to Dimitsana when it used to move its ninety watermills. 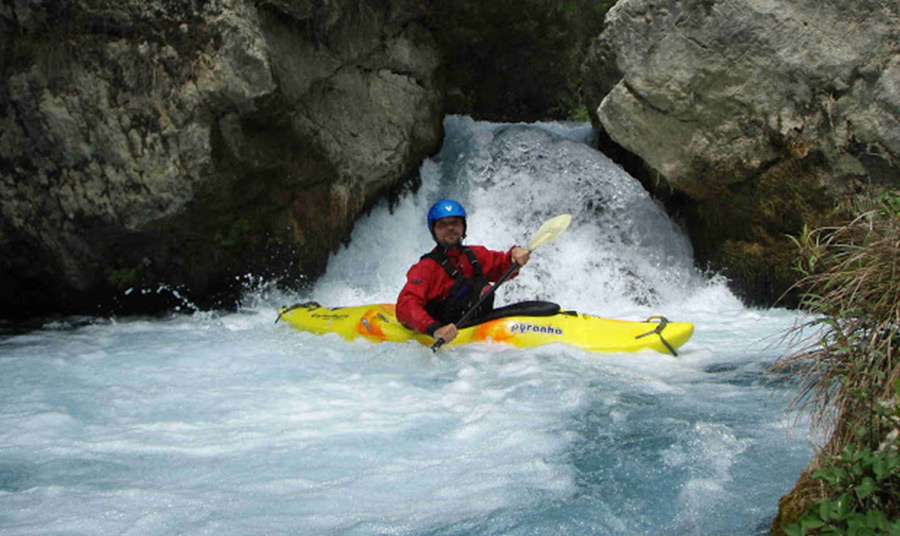 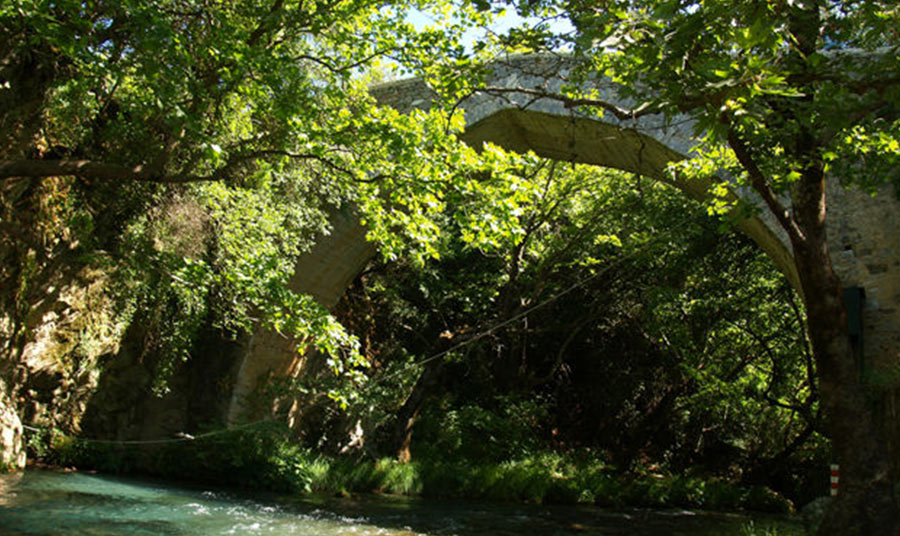 Here, in the nature of the 26 km of the gorge, which is awe-inspiring throughout the year, man since antiquity has built houses, sanctuaries, paths and bridges. Today, centuries later, the few monks continue their work by keeping alive the religious monuments of Lousios, some of the most important of Greek history.

Following the road that connects Dimitsana with Stemnitsa, at about 4 km, we find the Monastery of the Blessed Virgin Mary of Aimyaloi. The Tower of the Monastery, which forms a T, was once a defensive one with crenellation, and has now become a guesthouse.

The road to Stemnitsa, after the Monastery of Aimyaloi, descends to the village of Elliniko and the famous Monastery of the Prodromos, belonging to the Metropolis of Gortynos and Megalopolis. Leaving the car, we have to walk through the dense vegetation to see the monastery hanging over us, literally embedded in the bare rock rising 200 m above Lousios. 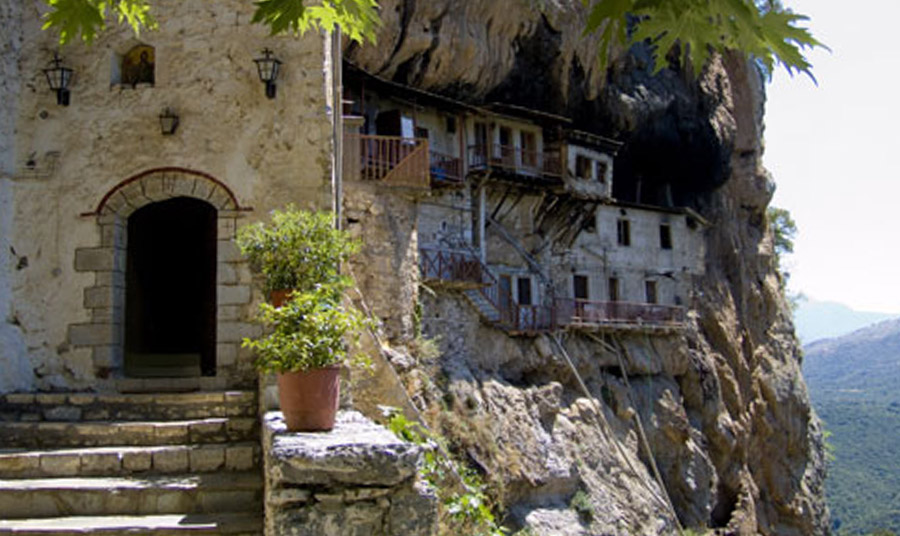 Many are going from one monastery to another following the marked path that goes down to the riverbed, crosses a wooden bridge and goes upwards again, connecting   the Monastery of Prodromos and the Monastery of the Philosophou.

It’s a beautiful 45-minute walk beneath the green trees of the gorge. Those who do not want to walk can go by car, passing the narrow bridge joining the river banks.

The old Monastery of the Philosophou is the oldest and most historic monastery of Arcadia and one of the oldest Byzantine monuments in Greece. 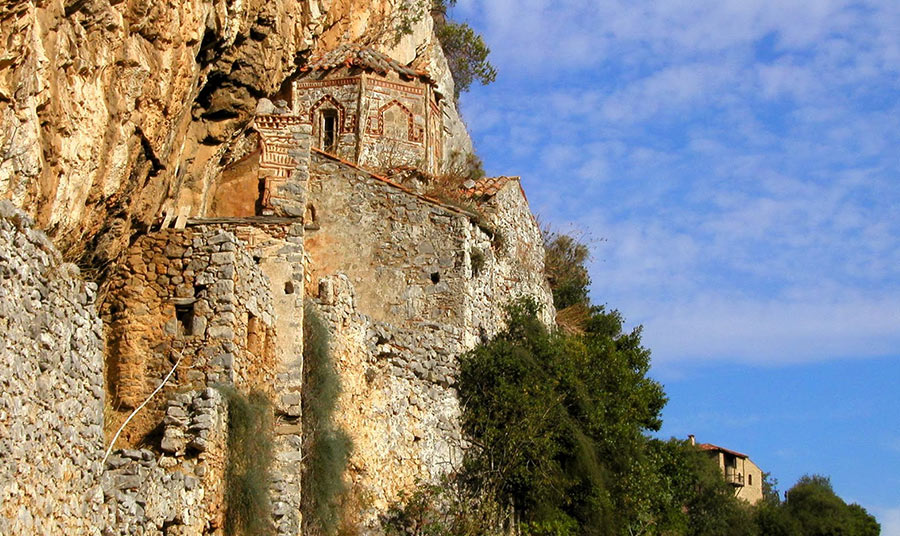 It was founded in 963 by Ioannis Lambardopoulos from Dimitsana. The old monastery is also known as a “Hidden School”, because, according to tradition, there was a school there during the Ottoman rule.

Lake Taka. 8km south of Tripoli, on the plateau of Tegea and at an altitude of 650 m. is the Taka lake, which is one of the important natural reserves of Arcadia. 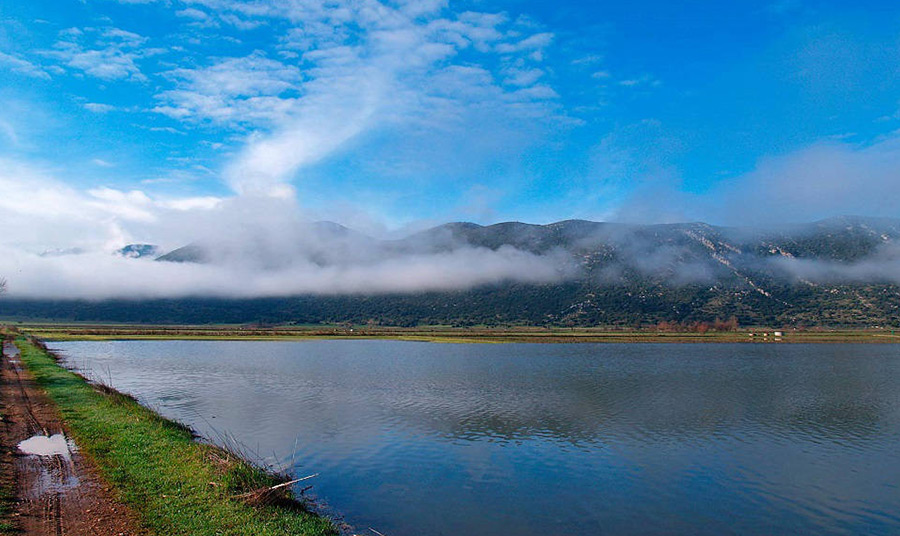 Its waters in the winter and the end of spring reach the village of Vouno, which becomes … coastal and the splash of the wave resembles the sea. Noble, beautiful, verdant and picturesque, the hospitable Vytina – the so-called “Switzerland of Morias” – remains the great lady of the tourist development of the prefecture of Arcadia. Built in the forest of Mainalon, among fir trees and running waters, Vytina, with its old stone houses, its picturesque narrow streets, its lively square, the old church and the tree-lined streets rewards every visitor. One of the most picturesque villages, built in a magnificent green landscape on a hillside of Mainalo at an altitude of 1,040 m. It is located 38 km northwest of Tripoli.

A romantic tree-lined alley at the entrance of Vytina is also wonderful is also – especially in autumn and spring – the “Road of Love”. In winter, often covered by snow, Vitina offers a unique spectacle. It is famous for its healthy climate. Until 1940, it was a place of recovery for people with chest illnesses. Near Vytina are the historical monasteries of Kernitsa and St. Theodores. Just 3km. prior to Vytina, at the foot of Mount Mainalon lies the “Pausanias spring”, to which Pausanias refers to in the “Arcadians”. The town center is the central square with the stone church of Saint Tryfonas, built with the famous local black marble by local craftsmen. Most taverns, cafes, coffee shops, shops with local products (dairy, pasta, local woodwork, honey, herbs, walnuts and legumes) are located around the square.